Chandler homeowners and social-service agencies scored in the budget for next fiscal year.

Chandler adopted a $971 million budget June 9, a total that represents a 6.7 percent increase over last year, while decreasing the city property-tax rate to reflect rising home values and giving $1.12 million to social-service agencies.

The city property-tax rate would decrease to $1.16 per $100 of assessed valuation, compared with last year’s rate of just under $1.18.

“So that helps keep the total bill down even though the values of those homes are coming up,” said Greg Westrum, Chandler’s budget manager.

Scottsdale, Mesa and Glendale are considering property-tax rate decreases in this coming fiscal year, while Gilbert, Phoenix and Tempe are looking at property-tax rate increases, according to Westrum. Peoria’s rate will remain the same.

The city’s portion of the total tax bill a homeowner pays is about 10 percent. Chandler Unified School District accounts for the largest share of taxes paid. The fiscal year begins July 1.

The council also approved $1.12 million for almost the same number of social-service programs this year as last, awarding about $6,000 more than last year. Included in the funding was $11,000 for families affected by the recent defunding of transitional-housing agencies by the federal Department of Housing and Urban Development.

The Chandler Christian Community Center received the contingency funds to help relocate Chandler families this July in the House of Refuge, which manages more than 80 single-family homes in Mesa. Many of its residents come from domestic-violence situations and receive job training and life-skills classes.

Other agencies that received multiple thousands in funding include:

ICAN: Afterschool recreation received $80,000 for a program that teaches about 336 kids about health and nutrition, encourages physical activity and promotes positive life choices.

Boys & Girls Clubs of the East Valley: A Positive Place for Kids program received $75,000. It serves 300 youths and teens and aims to foster skills in academic success, good character and healthy lifestyles. 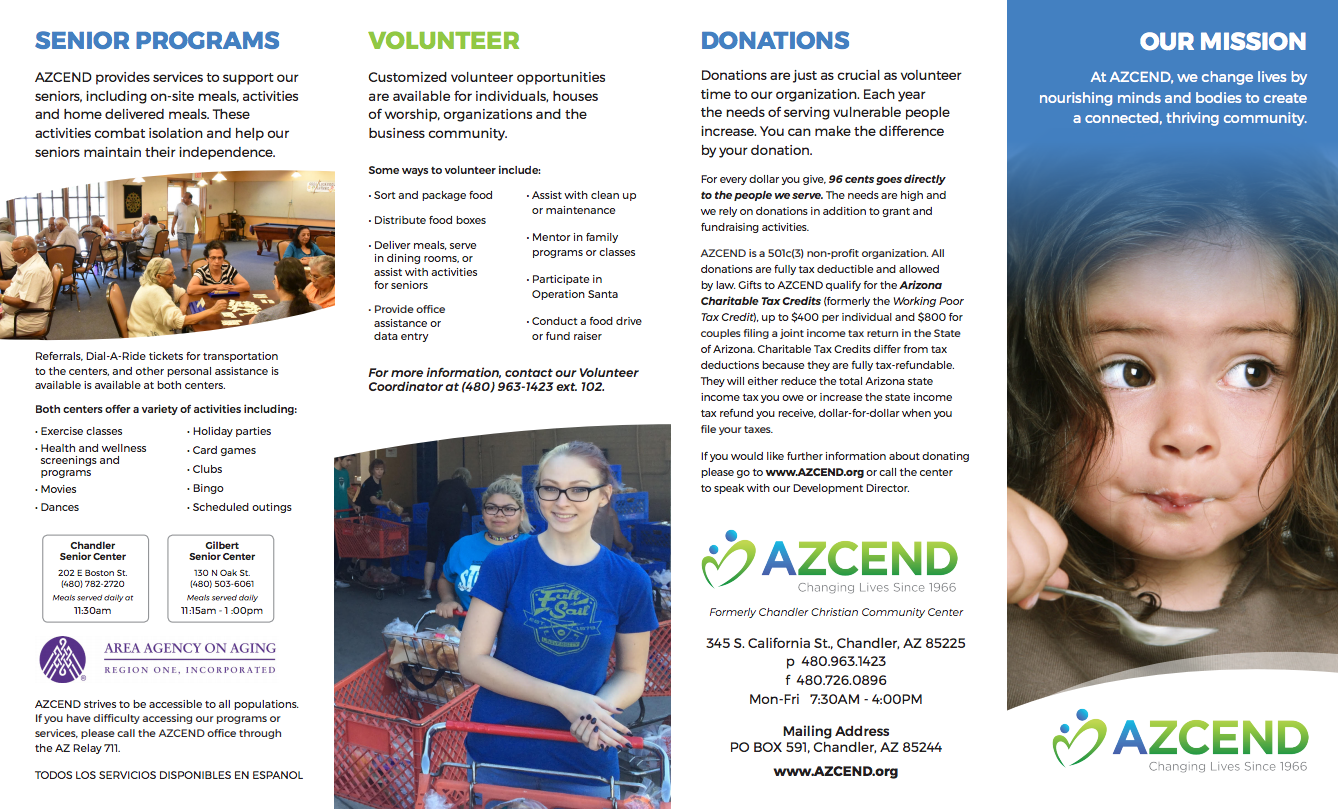